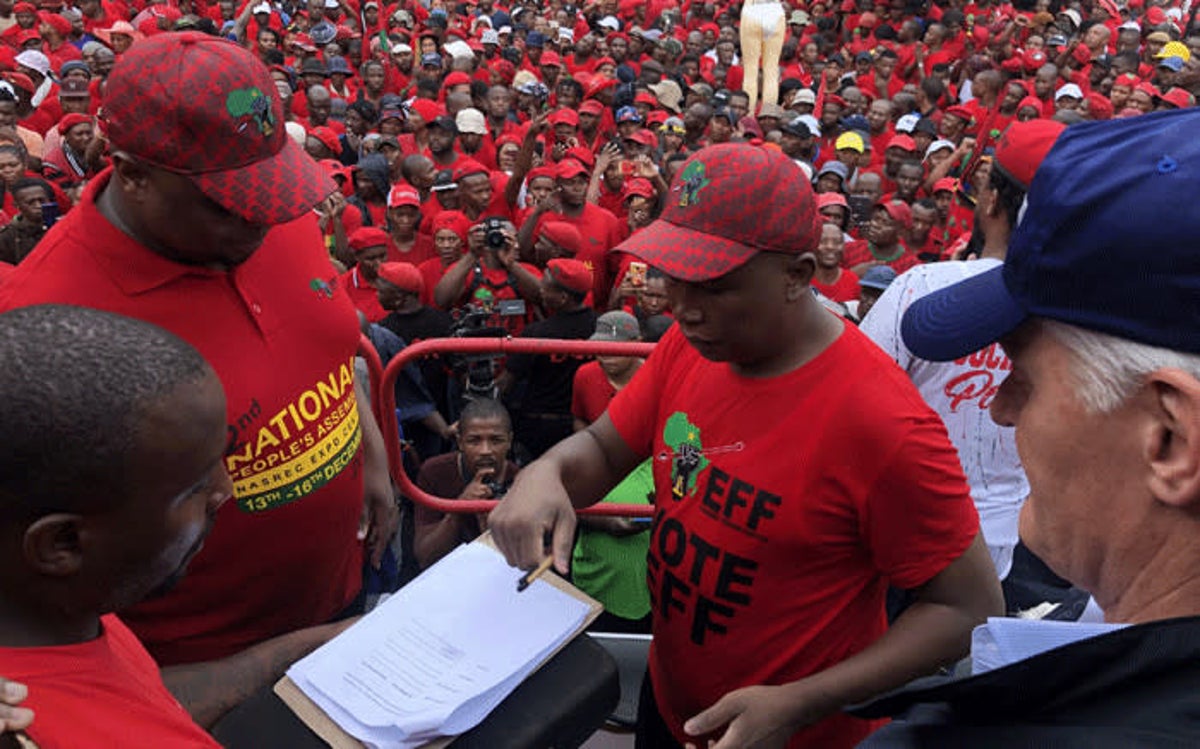 The populist Malema and his supporters braved a heavy down to make a statement during a march from northern Johannesburg to Eskom’s headquarter on Friday.

They are demanding an end to loadshedding and urging the government to privatise the power utility.

Heavy downpours failed to deter the marchers, who were joined by coal truckers in a blockade of Sandton’s Katherine, Grayston and Rivonia roads.

The march kicked off after a speech by Malema, who accused Eskom of failing to respect labour laws.

“Jamnadas until the grave, we don’t care what racists say. Down with Jamnadas, down. Down with Cyril Ramaphosa, down,” Malema shouted, using Gordhan’s middle name.

The All Truck Drivers Association said it joined the march because it believed Eskom was favouring white and foreign-owned companies when awarding tenders.

The marchers were due to hand over a set of demands to Eskom management at Megawatt Park, the utility’s headquarters.

Government’s plans for Eskom, opposed by the EFF,  will see a separation of the loss-making utility’s generation, transmission and distribution networks.

But the state is adamant unbundling does not equal privatisation.

Instead, president Cyril Ramaphosa has said, it was aimed at improving Eskom’s financial management, efficiency and ability to raise funding, and helping it to mitigate and distribute risks.

It is envisioned that the unbundling will drive prices down as the transmission arm will source power at the cheapest prices.