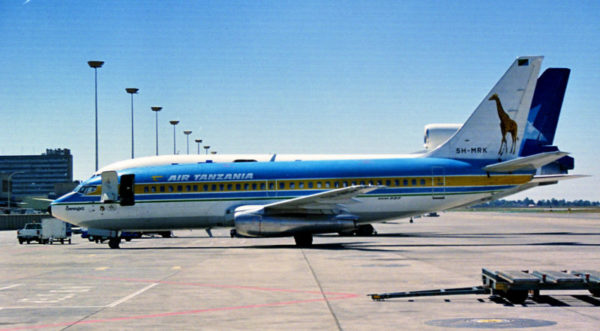 The government said yesterday it will appeal the ruling by a United Kingdom court that ordered the national carrier ATCL to pay $30.1 million (Sh69.23 billion) in compensation to a Liberian firm for breach of contract in an aircraft leasing deal.

The case involved a 2013 agreement between Willis Trading and ATCL.

High Court Judge Christopher Butcher on Friday ordered ATCL to pay the compensation plus interest, which was reported to amount to $10 million (Sh23 billion), to the Liberian company, which specialises in buying and leasing aircraft.

But Attorney General Adelardus Kilangi told The Citizen that the government would appeal the ruling, saying the contract in question was “fraudulent”, adding that his office was in the process of lodging an appeal.

“We have started the appeal process, while at the same time taking into consideration the United Kingdom’s laws and procedures that we have to adhere to,” said Dr Kilangi, who, along with Deputy Solicitor General Gabriel Malata, represented the government in the case.

He said the verdict was unacceptable because the leased aircraft was used for only seven months. Advertisement

“They have defrauded the country, but we shall work tirelessly to ensure that we win,” Dr Kilangi stressed, adding that it was important that the country bought its own aircraft instead of leasing.

Willis Trading went to the Business and Property Courts of the High Court of Justice of England and Wales to enforce its claim after ATCL pulled out of the lease contract and subsequent agreement for $45 million (Sh103 billion) in compensation in 2014.

The government had challenged the deal, which President John Magufuli has publicly condemned.

The lease agreement was originally sealed in 2007 when Mr David Mattaka was managing director of ATCL. Mr Mattaka was in March 2016 charged in court with abuse of office by signing the lease allegedly without complying with the relevant procurement legislation. The case is still pending in court.

The UK court rejected the national carrier’s efforts to shrug off the debt by blaming Mr Mattaka. Judge Butcher ruled that under a settlement agreement the parties had reached in 2013, Wallis Trading was entitled to $30.1 million plus interest.

The judge also found that the October 2007 lease for the aircraft and an April 2008 guarantee provided by the Tanzanian government were enforceable agreements. Willis Trading separately pointed to an October 2013 settlement agreement it reportedly reached with Tanzania over the deal gone soar.

“I consider that Wallis is correct that it can successfully found its claim on what it describes as the settlement agreement,” Judge Butcher said in his verdict.

The lease agreement stems from the Tanzanian government’s 2007 decision to expand and modernise the fleet operated by ATCL, which it partially owned then.

In May 2007, the Ministry of Infrastructure Development gave permission to Mr Mattaka to lease aircraft as an interim measure until certain Airbus aircraft were available starting in 2011.

After a draft lease had been reached with Wallis, Tanzania’s attorney general provided written comments saying that while he understood the deal needed to be “signed urgently so as not to miss the opportunity of getting the plane,” he had concerns that there were “too many disclaimers and waivers of liabilities” on Air Tanzania.

Before the agreement was signed, he said to the airline: “You are advised to act on the above comments.” Mr Mattaka renegotiated some parts of the agreement, which required the airline to pay $370,000 (Sh851 million) per month for the used Airbus airplane.

But work needed to be done on the plane, which began operating flights in May 2008 and it was grounded in December 2008 for additional maintenance work in March 2009.

According to the judgement, after ATCL stopped paying for the lease, resulting in a debt due to Wallis of more than $45 million, the parties reached a settlement in August 2013, in which the government agreed to pay $42 million (Sh96.6 billion). After making six payments up until October 2014, totaling more than $26 million (Sh59.8 billion), the government stopped making payments.