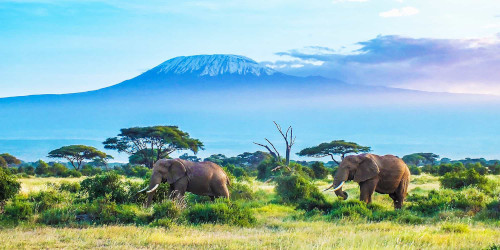 Tanzania has cemented its status as one of the world’s best tourism destinations after scooping the Best International Wildlife Destination award at the Outlook Travellers Awards held in India at the weekend, its embassy said.

The East African country achieved the feat ahead of its wildlife tourism rivals Kenya and South Africa and Kenya.

Tanzania’s High Commissioner to India Baraka Luvanda said through the award, more people would be made aware about what the country had on offer for a wide spectrum of tourist travellers.

“While we take this honour with highest esteem, we are (not) in any way complacent about this achievement. For us this award has a catalytic effect,” he said in a speech at the awards ceremony, posted on the embassy’s website.

“As a country, we have resolved to continue to conserve nature for our flora and fauna without compromise and many for years to come. We will continue to inspire others to follow suit as the migration of wild animals does not observe boundaries.”

He cited tourism statistics data in 2018 which showed India ranked among the top 10 in terms of international arrivals to Tanzania in 2016-2018, alongside the United States and Germany.

“We believe that after the introduction of the Air Tanzania flights from Dar es Salaam to Mumbai in July last year, the numbers will double or triple,” Luvanda said.

Tanzania boasts several tourist attractions including Kilimanjaro, the highest mountain in Africa and the highest free standing mountain in the world, as well as Serengeti, home to the world’s greatest animal migration.

It has more than 22 national parks and is home to 20 percent of Africa’s large mammals, while Lake Tanganyika is the second deepest fresh water lake in the world.