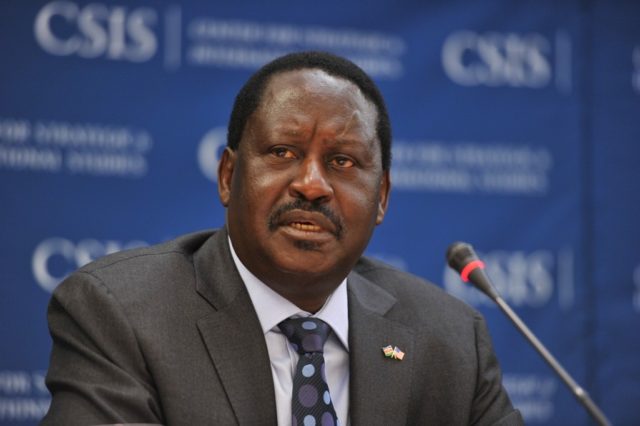 Mr Odinga said Kenya was among the worst of the worst on corruption, but affirmed that change is possible, calling on officials at the municipal and national levels to help fight the issue.

“Kenya has the capacity to stir development agenda and not being in the super-league of corrupt nations,” he said.

While noting that Kenya is currently ranked with countries like Mexico, Ghana, and Columbia as the most corrupt in the world, the ODM leader said this could be changed if the citizens come together to fight graft.

The three-day event, which started on Wednesday, will end today with several guests, among them Chief Justice David Maraga and Education Cabinet Secretary George Magoha expected to attend.

The former premier, without offering evidence, claimed the church and a section of politicians were derailing the process of restoring sanity in the country by condoning corruption.

He said while Kenya’s economy continues to suffer due to corruption, some politicians were going to churches with money in sacks.

“Some politicians are now bribing church officials to invite them for fundraisers at which they donate more than what they earn,” said Raila.

“We didn’t choose to be born in Kenya. We should therefore embrace one another devoid of name or ethnic background,” he said.

The former premier also urged the youth to use sports for purposes of unifying the country and creating employment opportunities.

“We have seen today how people have come from different parts of the country to participate in the sporting activities here. This is what we are fighting for; to have a country that anyone is free to move and work anywhere,” he said.