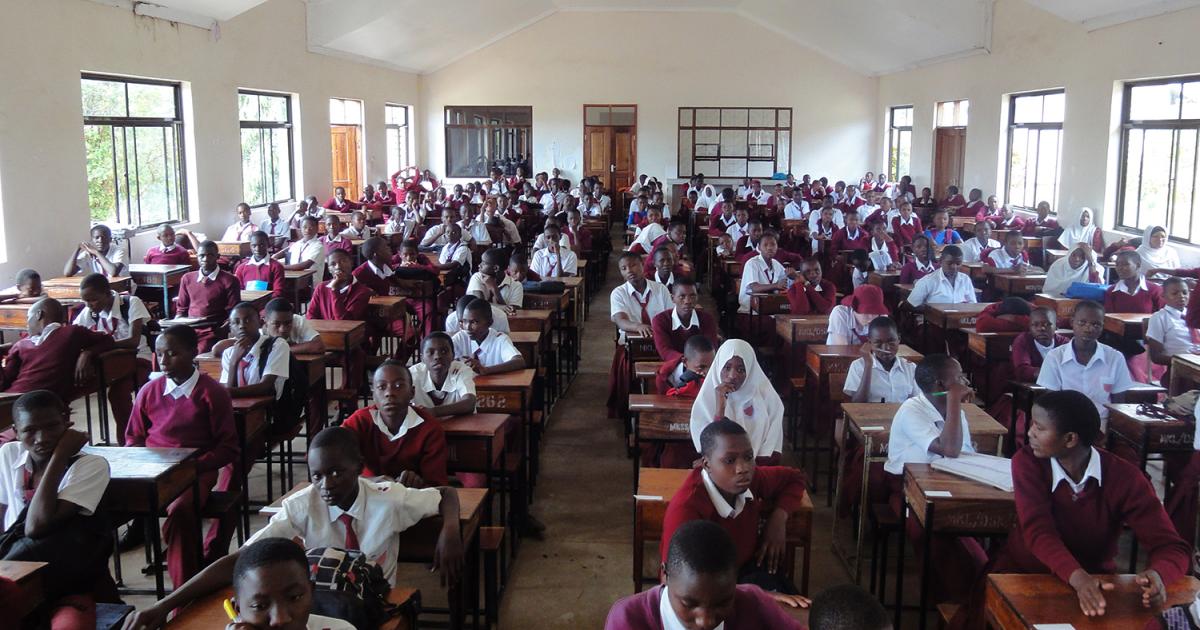 “You’re sort of setting yourself up for failure if you’re making a loan to improve girls’ schooling with a government that says it’s going to inhibit girls’ schooling.”— Justin Sandefur, senior fellow, Center for Global Development

For an institution that is barred from interfering in its client countries’ domestic politics, that raises questions about what kind of influence the bank can and should exert in the nations where it operates.

Last month, the World Bank’s board of directors twice — first on Jan. 28 and again on Jan. 30 — delayed a scheduled vote to approve the $500 million Secondary Education Quality Improvement Project. Those delays followed the withdrawal of an earlier version of the loan package in 2018, due to concerns about Tanzanian President John Magufuli’s enforcement of a law that prohibits pregnant girls from attending state schools.

Interference in a country’s internal politics is not the same as influencing policy, according to Justin Sandefur, senior fellow at the Center for Global Development. The bank, he said, has a long history of attaching policy conditions to its lending.

“I don’t think anyone contests that the bank has, within its mandate, the discretion to demand policy change,” said Sandefur, who co-directs CGD’s education program.

In this case, he said, the bank also does not have to choose between upholding human rights or endorsing their violation solely based on principle. There is a clear development argument for withholding the loan package until Tanzania changes its policy to allow pregnant girls to attend school.

“You’re sort of setting yourself up for failure if you’re making a loan to improve girls’ schooling with a government that says it’s going to inhibit girls’ schooling,” Sandefur said.

The World Bank declined to comment on the record in response to an inquiry from Devex.

Magufuli, who took office in 2015, left little doubt about his stance on this policy after he was lobbied by civil society groups to overturn it.

“In my administration, as long as I am president … no pregnant student will be allowed to return to school. We cannot allow this immoral behavior to permeate our primary and secondary schools,” Magufuli said in June 2018.

Human Rights Watch found that “school officials conduct regular compulsory pregnancy tests,” and the World Bank’s project documents for the loan reported that, “in 2017, about 5,500 girls were not able to continue their secondary education due to adolescent pregnancy and young motherhood.”

In the months after he reiterated his support for the policy barring pregnant girls from school, Magufuli and other Tanzanian politicians took additional actions that alarmed World Bank officials. His administration passed amendments to Tanzania’s 2015 Statistics Act, which threatened to punish anyone who criticized official government statistics.

In response, on Oct. 2, 2018, the bank issued a statement saying it was “deeply concerned” with the new policy, warning that it “could have serious impacts on the generation and use of official and non-official statistics, which are a vital foundation for the country’s development.”

Later that month, Paul Makonda, regional commissioner for Dar es Salaam, called on citizens to report gay people through a phone hotline in order for an anti-gay task force he created to find and arrest them. In response, the World Bank suspended all of its visiting missions to Tanzania, out of concern for the safety of World Bank employees.

It also pulled back on the $300 million education loan package, explaining that the bank “supports policies that encourage girls’ education and make it possible for young women to stay in school until they reach their full potential,” according to a statement sent to Reuters.

With the relationship between the World Bank and Tanzania on shaky ground, the bank’s regional vice president for Africa, Hafez Ghanem, met with Magufuli. According to a report in The Citizen, the two agreed to restructure the loan package to ensure, in Ghanem’s words, “a pathway for girls who drop out of school for any reason.”

That restructured loan package, now worth $500 million, was what the board expected to consider at the end of January. Tanzanian civil society groups, politicians opposing Magufuli’s policies, and international rights groups pushed back on the plan, however, arguing that the Tanzanian government had eroded institutions that might provide independent oversight of the project’s implementation and had done nothing to reverse the policies that made the project untenable in the first place.

On Jan. 27, the day before the bank was scheduled to bring the loan package to the board for approval, civil society groups held an emergency meeting with bank officials, pressing them to postpone the loan until the government reversed its policy of barring pregnant girls and women from school. The restructured loan package makes little headway on this issue, instead providing for “quality Alternative Education Pathways,” which some have likened to a “separate but equal” approach that was deemed unconstitutional in the U.S.

In advance of the board vote, opposition politician Zitto Kabwe wrote a letter calling on the board to demand the government restore “checks and balances” to its political system before granting a loan that would likely serve as an endorsement of Magufuli’s administration in the midst of an election year. On Feb. 1, Tanzanian politician Abdallah Bulembo branded Kabwe a traitor for raising issues to the international financial institution and suggested he should be killed.

Those issues — around NGO rights, freedom of the press, and protection of opposition lawmakers, for example — are where the bank’s role is more difficult to determine, CGD’s Sandefur said. Civil society groups have argued that those democratic rights are necessary to allow for any sort of independent monitoring and accountability for the World Bank project.

“There’s where the questions get really thorny as to what the bank can and will — realistically, given the composition of its board — insist on in those areas that are closer to democratic governance,” Sandefur said.