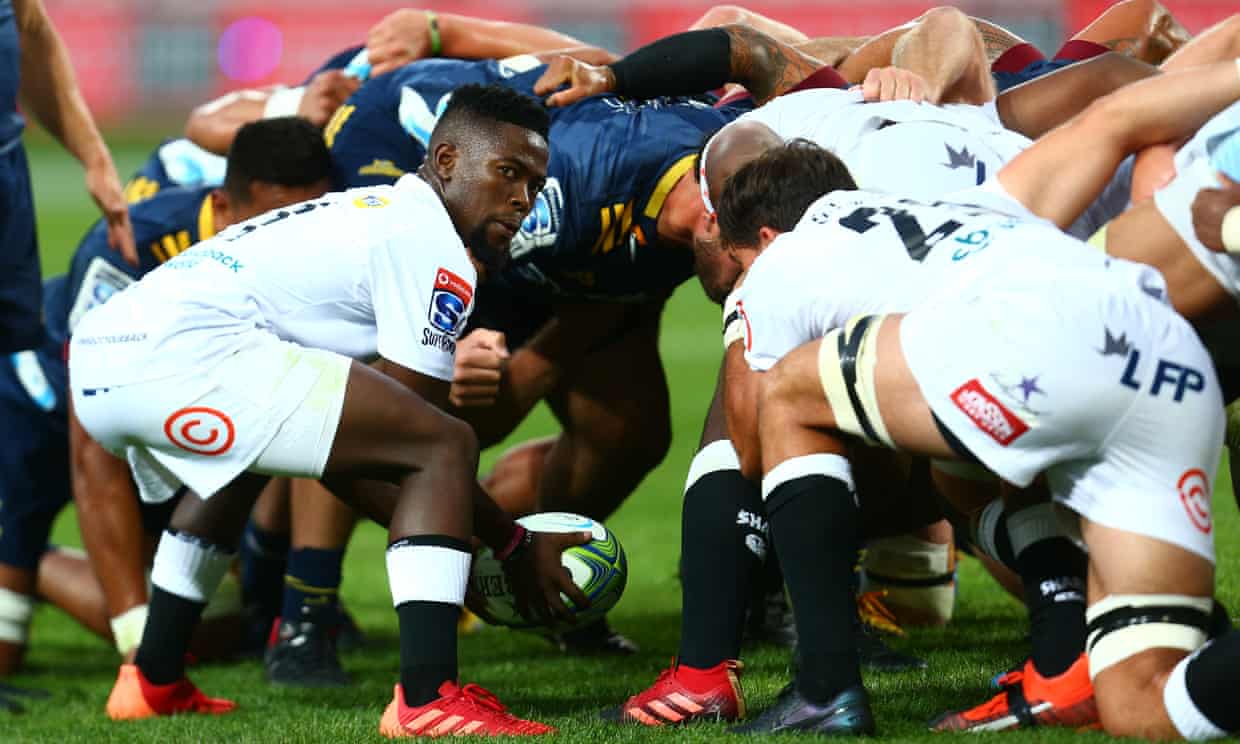 Rumours are swirling of South Africa’s ambitions to play in an expanded Six Nations tournament after the 2023 World Cup, despite their existing commitment to Sanzaar until 2025 – but perhaps the Springboks can have the best of both worlds.

South Africa is uniquely placed as a southern hemisphere superpower which lies in the European timezone, which means the Springboks have the potential to play in both the Six Nations and the Rugby Championship.

That might sound fanciful, but consider this: in the early 1990s the Lithuanian basketball team toured Australia to play a series of games against the Boomers. At the same time Lithuania played in an international tournament in Europe. How did the Lithuanians achieve this seemingly impossible task? They simply selected two different teams.

South Africa is in a position to do likewise with the Springboks. They already have a footprint in Europe with the Cheetahs and Southern Kings – re-located from Super Rugby when the competition was reduced from 18 teams to 15 in 2018 – playing in the Guinness PRO 14. Many of South Africa’s 2019 World Cup-winning Springboks are playing for English and French clubs too.

The South Africans could field similar teams in the July and November Test windows, while a re-unified Springboks team could play at the World Cup.

There have only been two rounds of Super Rugby this season, but indications are South Africa could put together a very good Springboks team by just selecting players from its domestic franchises.

So far South African teams have won three of the four Super Rugby games they have played against non-South African opposition. The Stormers beat the Hurricanes 27-0 in Cape Town; the Sharks defeated the Highlanders 42-20 in Dunedin; and the Lions downed the Reds 27-20 in Johannesburg.

This compares favourably with the efforts of the Australian teams who failed to beat any non-Australian opposition in the first two rounds. Apart from the Reds losing to the Lions, the Melbourne Rebels were upset 36-27 by the Sunwolves in Fukuoka, while the NSW Waratahs lost to the Crusaders 43-25 in Nelson and to the Blues 32-12 in Newcastle.

The Brumbies are the only Australian team to have won any games at all so far with both of their wins against the Reds (27-24) and Rebels (39-26) coming at the expense of fellow Australian sides. While the Brumbies are only one of four teams to remain undefeated after the first two rounds, their real test will come when they play the Highlanders in Canberra on Friday night.

The well-drilled Brumbies may not be at the same level as the Crusaders or the Chiefs, but they should be able to compete with the other New Zealand and South African teams. If they are to do so, they will need to improve their defence, having missed 21 tackles against the Rebels.

What about the other Australian teams? Will they beat any New Zealand or South African opposition this season? Or the Jaguares or Sunwolves for that matter? The Reds have been competitive in their two losses to the Brumbies and the Lions, they just do not seem to know how to win.

But the Waratahs and the Rebels have been plain awful. The Waratahs attracted their lowest ever crowd – 7,491 – when they lost to a depleted Blues team which had 10 players unavailable, including All Blacks backs Beauden Barrett and Rieko Ioane. It was a wet night in Newcastle, but the Waratahs need to start winning or their long-suffering fans will continue to abandon them. Likewise, the Rebels.

At least one of these under-performing teams will notch a win when they play each other in Melbourne on Friday night – unless it is a draw. South Africa may or may not join the Six Nations, but based on these early Super Rugby results they should be able to select two competitive Springboks teams, while Australia looks like it would struggle to field one decent Wallabies side.