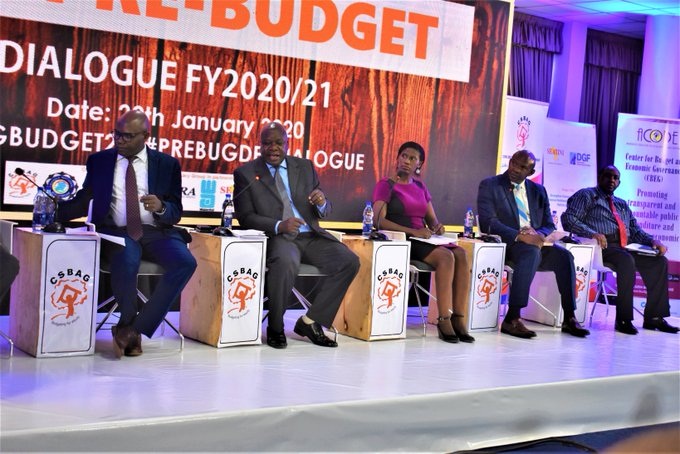 The experts, who were speaking at the pre-budget Dialogue in Kampala organized by the Civil Society Budget Advocacy Group said when the government creates more economic units, it will enhance revenue generation instead of the administrative units that depend on revenue already collected.

Richard Ssewakiryanga the Executive Director of NGO Forum argues that the more Uganda government creates more Administrative Units, it simply drains more resources from the government, which money, can be used to support sectors that can drive economic growth.

“You create a local viable unit by making sure that the local economy is able to support it.

“That is why funding is a problem to the newly created Administration units like Districts, Urban Councils and Municipalities.

“What the Government should do is to revise the discussion on local governments and create economic units,” said Ssewakiryanga.

Ssewakiryanga added that creating more local Governments may not be a solution to the needs of the public.

Speaking at the same event Dunstan Balala the Chief Administrative Officer Tororo District said the creation of more districts has enabled the local population to access government services, but what the government should do is to increase on the budgets it allocates to them.

He observed that most local governments across the country can’t even raise Ugx1million from Local revenue which on many occasions affects services delivery.

However, Imelda Namagga who works with the Uganda Debt Network attributed the issues of poor local revenue mobilization by most local governments on politics and corruption.

This she said has frustrated the process of collecting local taxes.

“Political interference in tax collection is a big problem. Most of the business operating in those local governments  belong to big people who are highly connected politically.

“This gives them a chance to abscond from paying local taxes,” said Namagga.

Patrick Rubangakere the Budget Policy Specialist at CSBAG said the government should support local governments through building their capacity on how to raise local revenues.

He said this will reduce the incidences of locals governments over depending on the Central Government grants and donor support.