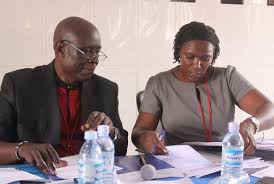 In 2024, Uganda will host the 7th World University Mind Games and Weightlifting Championships.

Uganda, through the Association of Uganda University Sports (AUUS), submitted bids for the two events in 2018 at the Federation of International University Sport (FISU) meet in Poland.

The two events will be hosted at different intervals but the dates are yet to be confirmed.

Weightlifting and Mind Sports will bring together the best university players and bridge players from all over the world, in the city of Kampala.

Over 10,000 students compete in university chess globally while over 1000 athletes will contest in the weightlifting event.

She pointed out that the Federation of International University Sport (FISU) endorsed Uganda.

“Yes we bid and presented well for the two events. There was no doubt we would win. By 2024, the MAK Arena, the multi-sport hall at Makerere University will be functioning so we are sure of the venues,” noted Kabenge.

The Mind Sports championship has Chess and Bridge competitions.

Kabenge said Uganda handled the World University Netball Championships well and it was easy to attract the two events to Kampala.

“Uganda has hosted World University events since 2010 when we had Woodball at Munyonyo. We had the World University Cross Country championships at Entebbe in 2014 and the netball championship in 2018 at the MAK Arena in Makerere. We have so far impressed the international community,” she added.

They will also recruit athletes with a background in the sport to avoid last minute preparations.

“IWF has promised full sponsorship of the FISU event in Kampala. We expect to get at least 10 sets of equipment and that will be a bonus for Uganda to promote the game. The country will also benefit because over 1000 participants are expected,” Musoke said.